Stuck In a Storage Locker? 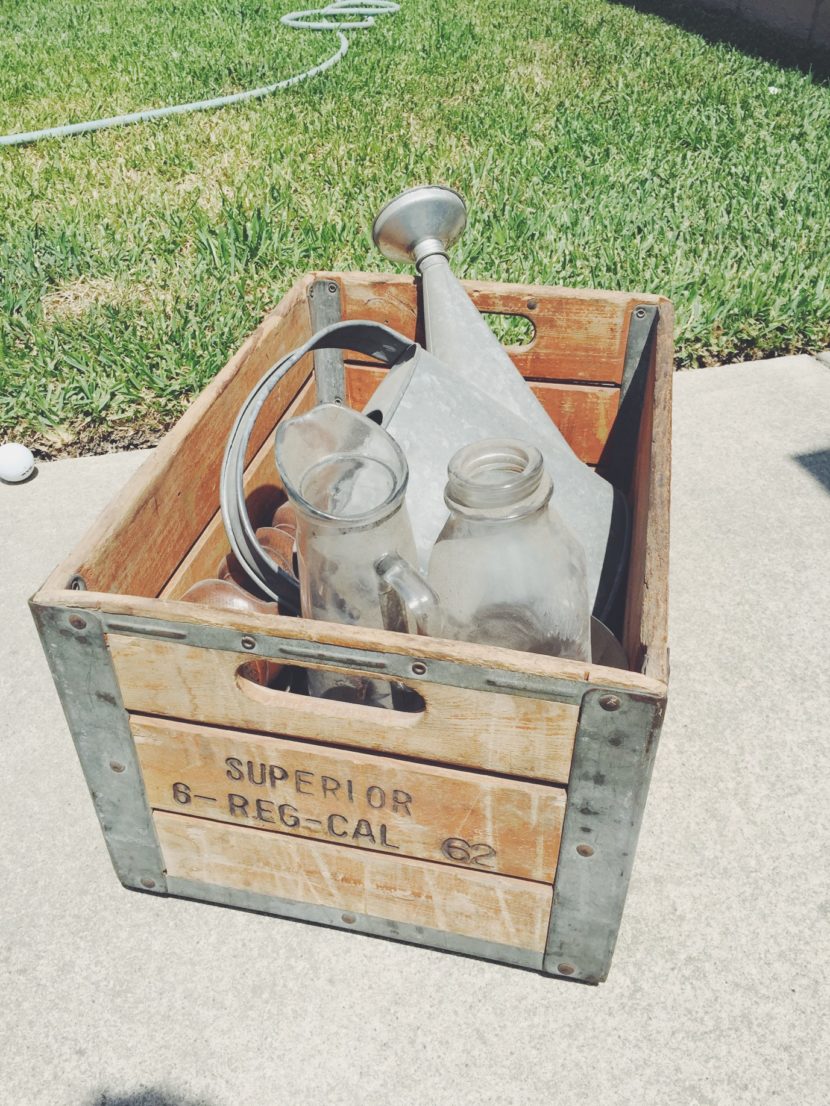 We shall renew our passions daily! One of my passions is interior design and restoring the old to new. I convinced my sister Meghann that she did not need to buy a new dresser for her room but instead restore an old one.

So the adventure was steady as we walked through the Rose Bowl Flea Market as I explained in a previous blog post. We ended up leaving with out any furniture but we had a great plan B. (But first I don’t know what we were thinking because we didn’t even go to the market with a truck to get the dresser home?? soo??) Anyway.. we decided to call our beloved grandfather and see if he had any dressers we could buy from him. My grandpa is that person who if you want something random, he probably has it! lol but recently I as get older I learned that I am definitely a reflection of my past family members. Grandpa Ellis is thee hobby man and well the apple doesn’t fall too far from the tree. 🙂 We take interest in old treasures and we love to discover its meaning. My grandpa used to own an antique shop and so over the years he collected sooooooo much “junk” as other family members would say. But I say vintage TREASURES. He has soooooo much vintage treasures that he has built up a few storages from his days as an antique owner. (I love anything rustic and industrial so here are some of the items I got out of his storage! I cant wait to use and repurpose them). 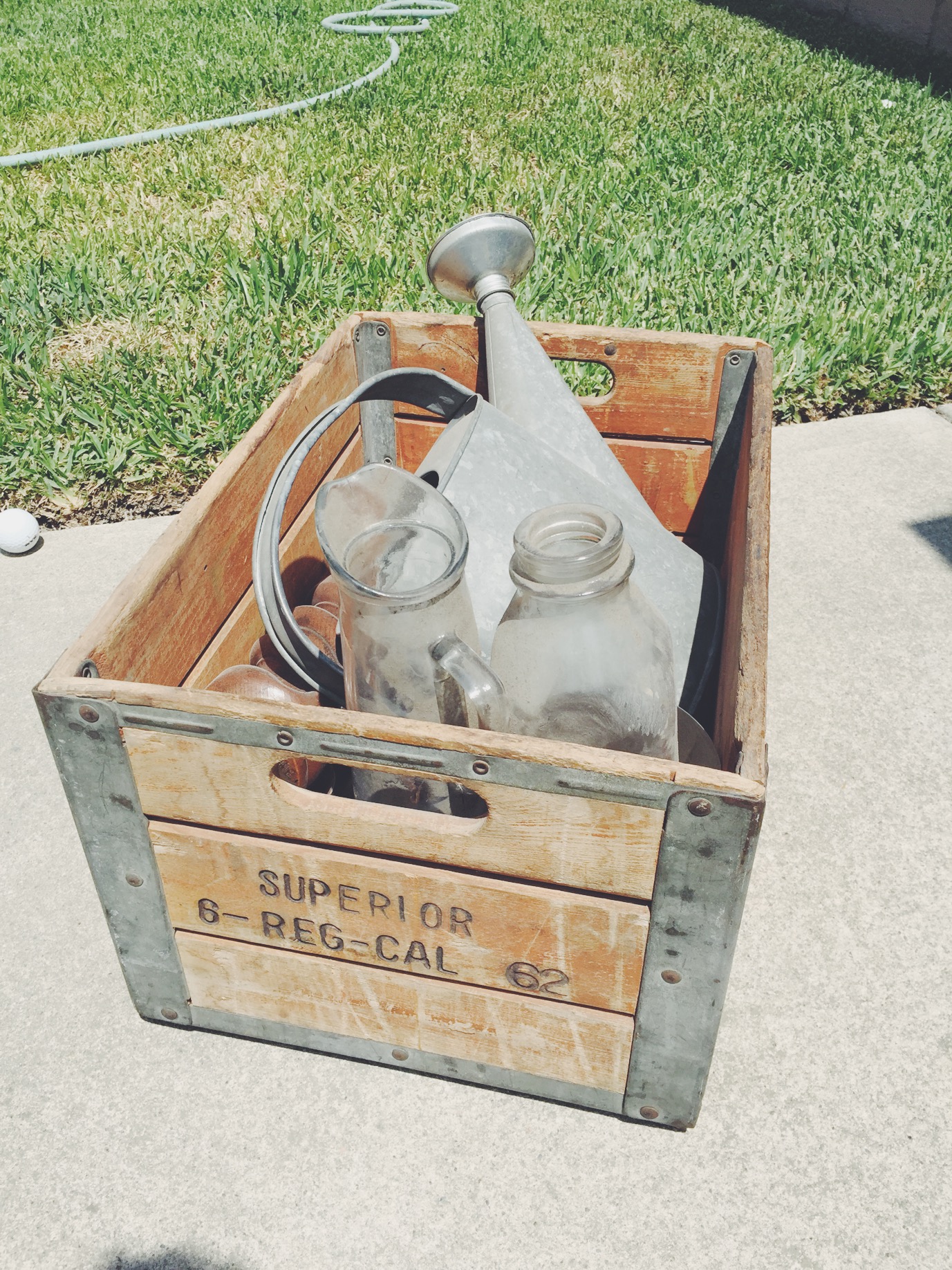 So my grandpa, Meghann and I decided to take a trip over and see if he had any dressers for us. He insisted we take his little bucket truck which started after a few crank ups. This little Toyota truck is so small that it has 2 seats in the front and two seats in the back that face each other. Mind you that he already has stuff in the back seat and the front seats lean so far back that I was shoved and squished in the back with no air condition with my face pressed against the back window and it was a 100 degree day 🙂 BUT we were on a mission to find that dresser.

We finally got there and started moving furniture out and didn’t find it in the first one so we moved to the second storage. This storage was hell from the beginning. It was so crusty and old that it took alll of our might to lift it up. My grandpa said the door was broken so we needed to prop it up.

YES we finally found a dresser!!.. but he said that wasn’t the one, yet there was another one further back into this 12×12 storage… he thought. We cleared a little path way for us to look in. He said we didn’t know what we were looking for so he wanted to look for himself. My grandpa can barely walk or stand for a short amount of time so we were shocked when we found out that he wanted to look for himself. (Side note) Meanwhile we packed the alley with stuff from all the other storages trying to find this dresser and it didn’t even look like we made a dent!! lol I thought I found the answer to why the door wasn’t holding up and it was because he had packed stuff all the way to the ceiling and it was blocking the door. So I moved the bell over an inch and BOOM the door slammed shut.

We were all stuck in this storage locker with one phone light and hot stuffy air. I immediately started to laugh because I was like this is a movie!! This isn’t real life. My second thought was oh no my grandpa is stuck in here with no seat and no air what do we do if he falls, we wouldn’t be able to pick him up! If someone were to walk by they wouldn’t know we were stuck in their because of all the other storages we had open. We had to AGAIN get on the floor and lift the door with all our might to get it to open. After we finally got it open and got our grandpa to his seat we were able to search again for the dresser. After a whole hot day spent searching, our white shirts slowly became dark grey and our faces and hair were covered with dust. We finally found this dresser and hurried home.

I believe that each piece tells a story and deserves to be recycled and renewed! This is one of those stories we can tell our kids later in life about a special piece from our grandfather.

In the next blog I will explain the process we took to restore the dresser from ugly to fabulous. And of course some before and after pictures! 🙂